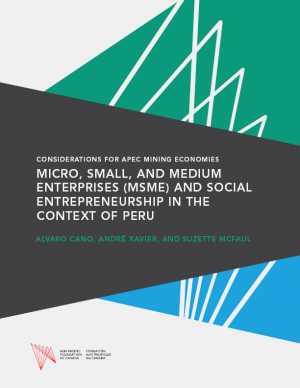 Highlights
1
Despite the existence of MSME policies in Peru, entrepreneurial development is limited due to infrastructural challenges, lack of capacity at the regional levels, and the capacity of entrepreneurs.
2
Mining companies (through their CSR initiatives and programs) are addressing this gap by supporting local economic development programs.
3
The lack of co-ordination and close collaboration to align national policies, regional development plans, and the CSR efforts from mining companies is a missed opportunity for more meaningful impact.