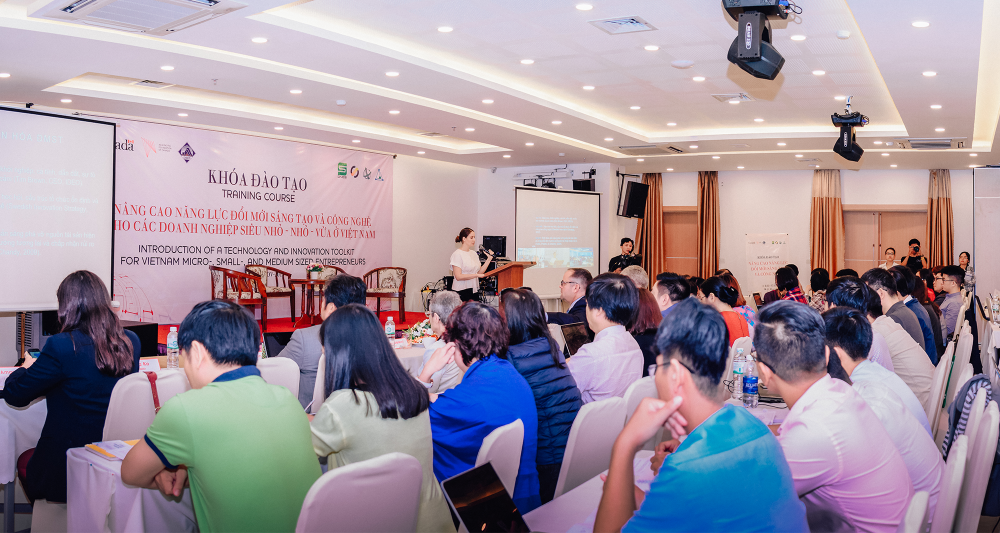 From November 8th to November 11th, 2017, Prime Minister Justin Trudeau paid a historic visit to Vietnam where he and Vietnamese Prime Minister, Nguyen Xuan Phuc, announced a comprehensive economic partnership. After 44 years of diplomacy, Canada and Vietnam are taking their relations to a new level, hoping to enhance prosperity in both countries through trade and investment.

Vietnam is Canada’s largest trading partner among the Association of Southeast Asian Nations.  In 2016, Vietnam and Canada conducted C$5.5B in bilateral trade.  Vietnam is the region’s fastest growing economy and boasts a gross domestic product (GDP) annual growth rate of between 6.2 percent and 6.5 per cent. The country’s burgeoning middle and affluent class is projected to increase to 33 million by 2020. So, there are plenty of opportunities for business and other types of mutual engagement for Canada in the Vietnamese market.

Diversifying trade with Asia is one of Prime Minister Trudeau’s top priorities. As a result, Canadian students are increasingly encouraged to get international experience in Asia’s emerging economies. Canadian businesses are also looking to Asia for opportunities. Vietnam has emerged as the number one market for Canadian interests in ASEAN due to the country’s FDI-oriented policies and its favourable geostrategic position to mainland Southeast Asia and maritime Southeast Asia.

Engagement in the development of Vietnam’s micro-small-medium enterprises (MSMEs) will be key to the collaboration efforts of the new partnership.

MSMEs in Vietnam make up 98 per cent of the country’s total registered 600,000 enterprises. They generate 40 per cent of the national gross domestic product (GDP) and 30 per cent of the state budget and employ 77 per cent of the labour force.  Continuous government reforms have led to a proliferation of SMEs; the number reached a record of 110,100 in 2016, an increase of 16.2 per cent over the year before, according to the Ministry of Planning and Investment.

Hoping to develop a strong foothold in Asia, Canada has committed to the development of MSMEs in the Asia-Pacific Economic Cooperation (APEC) APEC community with a four-year APEC-Canada Growing Business Partnership project. The project’s first year focuses on Vietnam. The Asia Pacific Foundation of Canada (APFC), which is overseeing the project together with the APEC Secretariat, has organized various symposiums and training sessions in Vietnam to help MSMEs build their competitive capacities through innovation and technology.

Despite their crucial role in Vietnam’s economic prosperity, MSMEs have inherent weaknesses that need to be addressed. They have low innovative capacities as the majority of MSMEs in Vietnam are run by traditionalists, typically highly-educated men who lack international experience. The business ecosystem is heavily dominated by these male entrepreneurs, which reduces entrepreneurial opportunities for youth and women. Young entrepreneurs lack experience in how to run an enterprise with limited support services. And women, who tend to start businesses out of necessity, are not generally innovation-driven. According to the 2016 Global Entrepreneurship Monitor (GEM), 43.8 per cent of the surveyed female entrepreneurs in Vietnam are more likely to participate in businesses out of necessity, compared to 28.3 per cent of the surveyed male entrepreneurs. Furthermore, there is a knowledge gap between employers and their employees. While most entrepreneurs are highly educated, their employees have little education and inadequate skills, a major setback as Vietnam paves its way to Industrialization 4.0.

These major drawbacks have prevented Vietnamese MSMEs from entering global value chains. By 2017, only 21 per cent had established links to global supply chains, compared to 30 per cent in Thailand and 46 per cent in Malaysia. It is fair to say the development of Vietnamese MSMEs suffer because they are largely disconnected from global markets and networks.

The revised TPP11, which is now called the Comprehensive and Progressive Agreement for Trans-Pacific Partnership (CPTPP), commits to assist MSMEs in exploring more trade and investment opportunities. Canada, with its expertise in innovation, entrepreneurship, and green technology, can mentor MSMEs in Vietnam to build an innovation-oriented and passion-driven ecosystem.

What Changes Need to be Pursued?

Female entrepreneurs are less likely to take advantage of online resources compared to their male counterparts and typically engage in business activities out of necessity. Women in Vietnam are preoccupied with caring for their families and are expected to stay behind the scenes and support their children and husband. This hinders their entrepreneurial growth. Training services for female entrepreneurs are needed to teach them skills in innovation and technology needed to make their enterprises competitive.  With newly-equipped skills women will have higher confidence, becoming more aware of their important role in the innovation process of Vietnam. As well, more opportunities for female entrepreneurs in male-dominated industries, such as professional and business services, retail or wholesale and construction, need to be increased.

Canada, an advocate of youth empowerment and gender equality, is in a good position to assist young and female Vietnamese entrepreneurs in gaining skills and knowledge for capacity building and improving the competitiveness of their enterprises via innovation and technology. Indeed, Canada has launched the 'Women's Initiative for Startups and Entrepreneurship' (WISE) in Vietnam. It is an initiative managed by the Consulate General of Canada in Vietnam in partnership with the Asia Pacific Foundation of Canada, supporting female entrepreneurs through mentoring and fundraising.

Second, the government of Vietnam should call for higher participation of MSMEs in sustainable development. The largest sector, which accounts for 43 per cent of Vietnamese MSMEs, is the manufacturing sector. Because manufacturing MSMEs are more concerned with the survival and profit-maximization of their enterprises, they tend to neglect environmental protection. To enter global markets, which increasingly emphasize environmental sustainability, Vietnamese MSMEs will have to adjust to make sustainability a top priority. Increasing obligations to environmental protection will improve Vietnam’s access to global value chains and make the country’s MSMEs more competitive. Canada, which is a prominent protector of the environment and possesses a wide range of sustainable development strategies and advanced green technology, can help MSMEs in Vietnam develop plans for becoming environmentally sustainable.

Third, Vietnam is entering an era of Industrialization 4.0, in which automation, is infiltrating the manufacturing sector and artificial intelligence (AI) is spurring MSMEs to innovate their business management. This poses both a threat and opportunity to MSMEs. Part of the problem lies with low employee skills.  Only a small percentage of employees hold college or university degrees and are ill-prepared to adapt to change. Furthermore, adopting AI helps Vietnamese MSMEs to enhance their competitive advantage by improving analytical expertise and ensuring the quality of data. Thus, MSMEs can reshape their marketing strategies and supply chain management. Again, there is now a lack of AI talents in Vietnam. As an active promoter of development in AI, Canada should assist Vietnamese MSMEs to enhance their adaptability and resilience.

Canada and Vietnam are beginning a new journey, in which both countries have much to gain. The current trajectory is right. Supporting the development of MSMEs is the key to enhancing trade and investment that will benefit both nations.

Tracy Ly is a graduate student at the University of B.C.'s School of Public Policy and Global Affairs, and a former member of the Asia Pacific Youth Council, an APF Canada initiative.