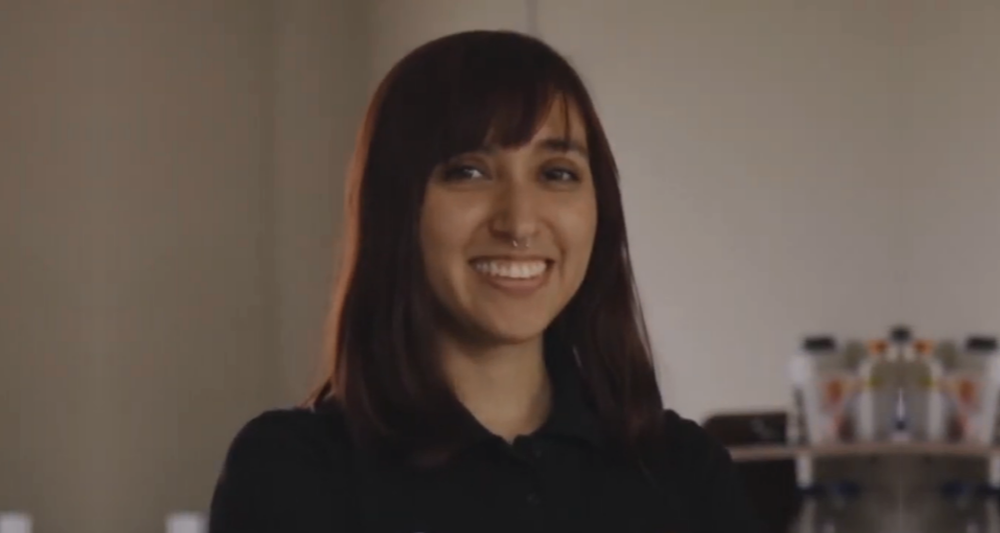 Estela is a graduate of our Mentoring Women in Business Programme, in collaboration with the Asia Pacific Foundation of Canada, who participated between May 2019 and May 2020. Six months on from graduation, we caught up with Estela on her treasured experience.

When Estela, a woman entrepreneur from Peru, joined the Mentoring Women in Business Programme in May 2019, she did so as a woman entrepreneur who was both knowledgeable, passionate, and was keen to develop her business. With a degree in environmental science, she had the drive and determination to set up her own waste recycling business. While she had the commitment and industry understanding she needed to make her business a success, she lacked the formal business training necessary to develop her enterprise.

Networking, public speaking, and pitching events were essential for Estela to grow her business. However, she felt she lacked the confidence and experience to present and explain the service her business offered. In an industry dominated by men, Estela sometimes felt concerned that, as a woman, potential clients took her less seriously than men in the industry.

Then, in 2019, Estela heard of an opportunity to receive a year of one-to-one mentoring from a business expert on the Mentoring Women in Business Programme.

Analysing her areas of focus, the Mentoring Team matched Estela with Lisa, a mentor from Canada who works as a managing partner in a consultancy firm. Lisa was entering her fourth year of mentoring for the programme and hoped to offer her wider experience in sales, marketing and coaching to Estela.

Following the programme guidelines, Estela and Lisa took their first meeting as an opportunity to get to know each other personally. They talked about their families, their interests and what motivated them. This effort to personally engage is an essential part of mentoring, and for Estela and Lisa, established human trust and respect. These efforts paid dividends straight away, as Estela said, “Our relationship came naturally… we were friends right from the beginning.”

Estela and Lisa entered the relationship open to reflect on the perspectives and experiences of each other. Indeed, Lisa tasked Estela with completing a personality assessment early in their relationship. For Lisa this process, “gave us a platform to discuss our differences, our needs and concerns about the coming year, in an objective and rational manner.”

This process allowed them to set clear and accountable ground rules, as suggested by the programme. These rules were drawn from the mutual respect and focus on achieving as much as possible from their year together. Both women were dedicated to putting the time into the relationship, with Estela explaining that “Lisa’s commitment inspired me.”

Lisa, meanwhile, considered Estela’s commitment to following through with actions following their discussions particularly important to their relationship, “As we agreed in our first meeting, Estela never just accepted an idea or suggestion. She mulled it over, thought about how it might be applied, and came back to me with her results and the action she had taken.”

Lisa was continually impressed by her mentee, “Estela excelled at setting goals, working to a plan and clarifying expectation. When she was going to miss a deadline that she had set, she told me and we considered options. When she ran into roadblocks, we talked through options.”

Progression of the Relationship

As the year progressed the pair were able to reflect on each area Estela wanted to develop in.

Looking at her struggles in networking, Lisa introduced Estela to a networking technique known as informational interviews. This gave Estela a range of techniques for having conversations with experienced professionals in her industry. These techniques were immediately relevant to Estela, “I used it with customers and it was so powerful… it gave me the perfect questions to ask them!” Later, Estela passed on the knowledge herself, recommending the technique to her incubator, who promoted it across to all the businesses they work with.

Lisa was able to use her experience in public speaking training to offer resources and techniques to Estela. They began with simple vocal exercises, where Estela would repeat her name at different pitches. This technique and others, as well as Lisa’s encouragement and feedback had positive effects for Estela, “It helped me a lot… it made me aware of my voice and helped me develop a speaking style.” Eventually, Estela entered a funding competition where speaking was essential. To her delight, they won the competition and funding, as Estela explained, “Straight away, Lisa had such a positive effect.”

These effects wouldn’t have been so strong if not for Estela’s own drive to succeed, Lisa said, “Estela embraced the ideas quickly and was able to put the knowledge into practice right away… [this] made it easier for her to embed the lessons into her behaviour.”

Throughout the year the pair had a member of the Mentoring Relationship Support Team dedicated to support their relationship. They found this support and the resources offered by the programme to be, in Lisa’s words, “a great source for practically anything Estela or I had questions about.”

Later in the year, Estela faced an issue with the cannisters she used for the waste recycling process. Stuck, she discussed the issue with Lisa and together they came up with a solution that Estela had not considered. The discussion was vital in helping her think outside the box, “Lisa gave me another perspective, she looked at every problem in a different way.”

Though this was her fourth year of mentoring on the programme, Lisa remained inspired by her relationship with Estela. She said, “I looked forward to the sessions [because Estela] was motivated to learn and expand her knowledge.” In Estela, Lisa saw much of herself when she was first starting out in business found mentoring her a pleasure, “[Estela] was completely refreshing, accountable and motivated mentee.”

Having Lisa as a though-partner made a huge difference to Estela. “The relationship had a massive impact on me personally… Lisa always had a different perspective, a different alternative.” Lisa felt that the success was down to Estela’s hard work, “Estela is a thoughtful and intelligent young woman who is energetic, driven and kind. I cannot think of a better combination [of characteristics].”

Estela and Lisa graduated the programme inspired by the woman they were matched with, and enriched by their relationship. Lisa said, “I feel privileged to have been able to guide her a bit in her journey.” And Estela, “Being with Lisa was a treasure.”

Click here for more information on our Mentoring Women in Business programme. You can help empower over 100,000 more women like Estela to create better futures for themselves, their families, their communities and the world by supporting our 100,000 Women Campaign.